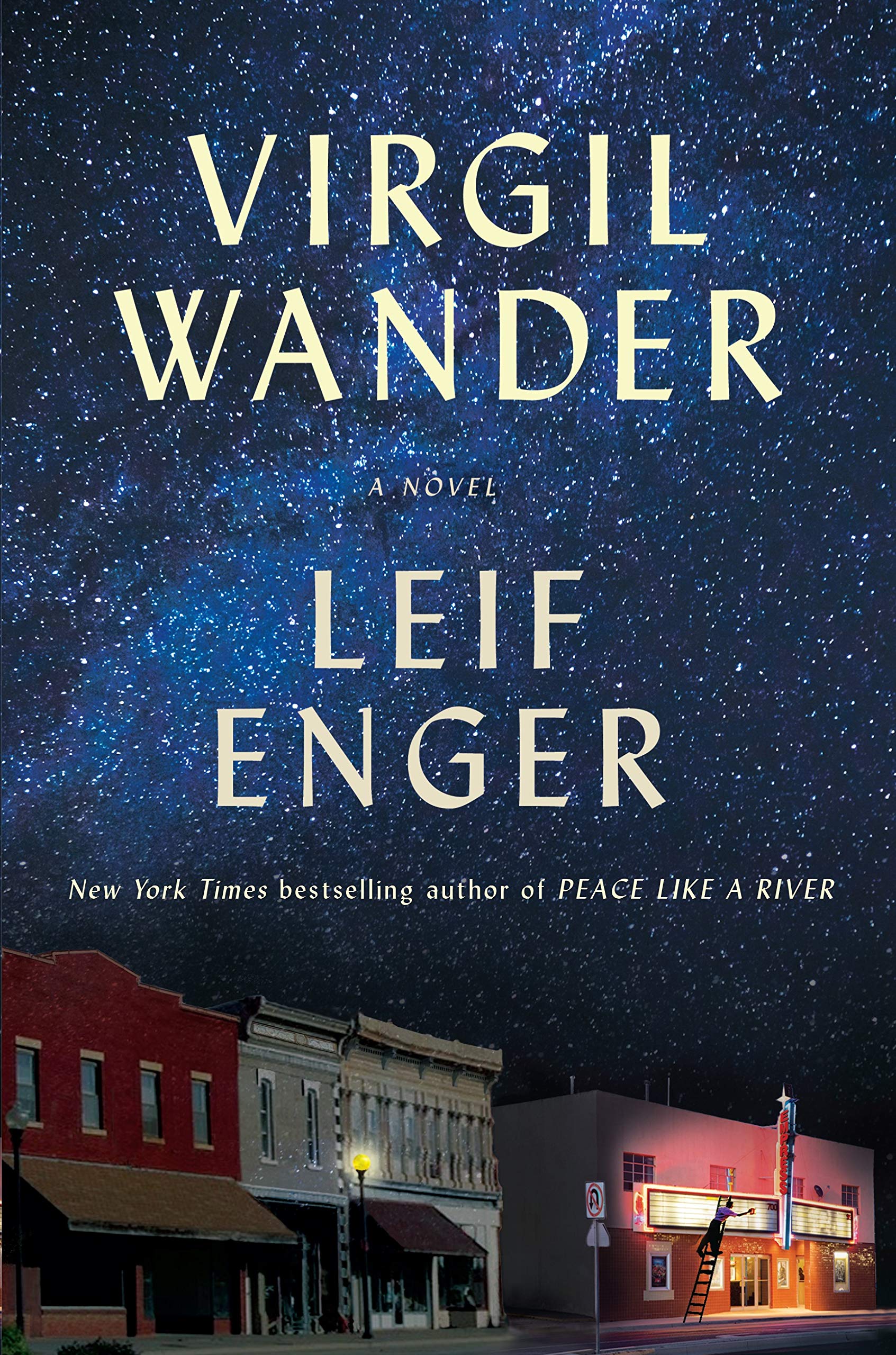 We first meet Virgil Wander soon after he dies. Or not. (It isn’t entirely clear.)

Virgil is an inhabitant of Greenstone, a small, steadily declining town in Minnesota. He works as the town clerk, lives in and operates the local cinema house, and for years now has run his life on autopilot—until his car flies off the road and into Lake Superior, leaving him impaired, reflective, and reluctantly needing in-home assistance.

Enter Rune, a new-to-town Scandinavian who has recently discovered that he is the biological father of a minor-league baseball player named Alec Sandstrom. Alec—a talented but erratic pitcher–had had a brief moment of glory with the Greenstone team, then disappeared mysteriously, leaving behind his stunningly attractive wife Nadine, their brooding young child, and a lingering mystery. Rune has come to Greenstone to fly kites, talk to the residents, and try to understand the son he never knew.

Virgil and Rune are on intersecting journeys of discovery, with the gritty widow Nadine at the hub. Their journeys are made a little more challenging by the return of the town’s prodigal son, who is Satan. Or not. (It isn’t entirely clear.) We’re also distracted by 10-year-old Galen Pea and his quest for revenge on a killer fish, and by sad Jerry Fandeen and his dissolving marriage. But really, this is just a loose premise for Enger’s amble through Midwestern quirkiness, gilded with a coating of magical realism. Each sentence contains a wry smile; each character is imbued with gentle melancholy. The story itself moves slowly and ends with a fizzle. Still, Enger’s characters tug at the heart, and his prose—which first captured me nearly 20 years ago with his enchanting Peace Like a River—is as sweet and warm as a cup of hot chocolate in a Minnesota snowstorm.